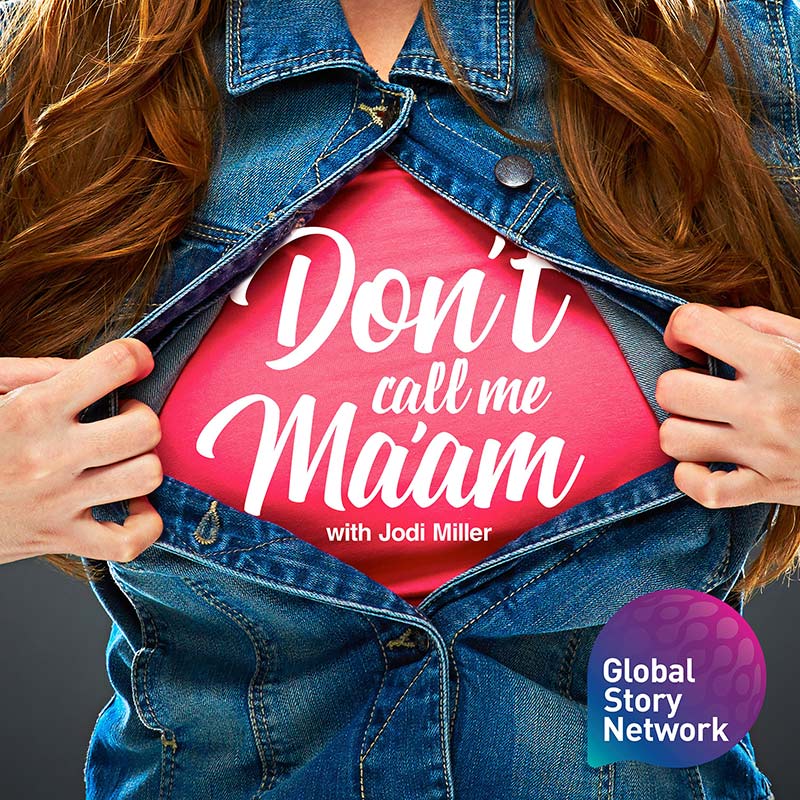 Jodi Miller is one of America's hottest comics, both in terms of her career and her sex appeal. Having reached a certain age, Jodi's journey from "Miss" to a "Ma'am" is hilarious, insightful, and sometimes gets pretty deep and dark. Join Jodi and her guests on this funny rollercoaster ride.

Jodi and her “best friend”, Iliza Shlesinger, winner of NBC’s Last Comic Standing, and star of her own comedy specials, tours, and TV shows, discuss the trials and tribulations of being a woman in general, and a female in the world of comedy, as well as men, and Iliza’s recent wedding.

Jodi and good friend, comedian Ariel Kashanchi talk about escaping Iran, being your authentic self and men who look like cats.

Jodi and model/UFC octagon girl Chrissy Blair talk about starting your own business, having a quarter-life crisis and keeping your options open.

Jodi is joined by plastic surgeon Dr. Amy Hsu covering topics like having inner confidence, the negative stigma of getting “work” done and why so many young people are trying to look like snapchat filters. Boob jobs and fillers and…

Jodi and her personal psychic/life coach, Heather Auble, discuss how they met, how Jodi’s mind was blown by paranormal insights, and a spirit makes a guest appearance in the studio.

Jodi and actress/writer/BFF, Kimberley Lewis, talk about how they’ve changed and not changed over the years, the funny brutality of aging, silly auditions, Hollywood nightmares, and the effects of Ma’am-ness.